We held the first session of actual EMDR processing and Nurse Rosalyn wrote up the narrative below. I am grateful to all participants, many showed great bravery in their ability to participate in the group therapy and to deal with their strong negative emotions that rose up. Overall, the evening was successful and many people showed significant reduction of disturbance. Two participants were able to complete processing of their particular disturbing target memory and add to that memory a new positive thought about themselves.

Dr. Dixon started the session by educating participants on utilizing the EMDR worksheet and identifying a target memory to start on. Dr. Dixon answered all questions and led participants through determining treatment goals, rating Subjective Unit of Distress (SUD), identifying emotions needing processing, identifying the body location of disturbed felling and developing a negative and positive cognition. Dr. Dixon then went through multiple passes of EMDR with eye movements while talking participants through their emotions and guiding them through each pass of treatment. Dr. Dixon completed the session by having all participants go to their happy place and put any negative feelings or thoughts in their container until next week. All participants were reminded to go to their happy place multiple times each day prior to the next session. Dr. Dixon also provided her contact information in the event that anyone needed continued help after the session. Participants were encouraged to reach out for assistance if needed.

Our first official session for the EMDR research project where I provide free EMDR therapy in a group setting, similar to a class, rather than group therapy was last Monday, 7/29/19, from 6:30-8:00 pm.

Dr. Dixon started the session by providing an overview of the program with evidence to support why the program is being offered. Rosalyn then went through the consent again with all participants, questions were answered, and consent was gained in writing by participants. Each participant then completed the Post Traumatic Stress Disorder Symptom Severity Self Report as a baseline assessment prior to the start of EMDR. Dr. Dixon then reviewed creating a “happy place” and recommended all participants practice going to their happy place prior to the next session. 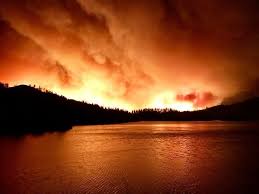 How can we heal from the emotional wounds of trauma such as those caused to so many during the raging fires?

Both my parents have inspired me to be a healer and a helper and many would say I have followed in my father’s footsteps – I practice many of the same therapies that he used and trusted during his years as a psychiatrist. I have added a new link to my EMDR page. It is a news program talking about dealing with the California Fires’ mental health impact and resulting PTSD as summer heat reminds so many of so much loss. The program describes how EMDR can help and both my father and my trainer are featured. You can see my website page and from there access the news program in the link below.

My dad is turning 85 this month and he still has so much life and love to give. I love that he is still thinking of helping others by spreading the word about EMDR – one of my most effective tools to fight the fires of emotional pain resulting from the traumas in life.

After months of preparation, we are about to start the long-awaited EMDR group therapy sessions. I am so grateful to Nurse Avant for her diligent work on the paperwork and supporting research. I am also grateful for those volunteers who will participate in the therapy sessions.

I have taken some portions of the research proposal to reprint for you devoted readers interested in the research supporting our current endeavor to help more people access effective therapy.

EMDR is usually conducted in individual sessions and is not available to all due to the high cost per session and the lack of providers trained in the valuable therapy (NIMH, 2018). One therapist trained in EMDR has the availability to complete a handful of sessions each week and has the potential to help a few individuals at a time (over a six to eight week span) due to other therapy obligations and time constraints. Individuals with means to pay for individual sessions is also a barrier. Collaboration with community health professionals to employ EMDR in a group setting (EMDR-IGTP), has the potential to bring the beneficial therapy to more people in the community experiencing PTSD, therefore also making a bigger impact on suicide rates.

Research on EMDR has also been expanded to determine if results are different for groups that just simply recall the memories compared to those that recall the memory and complete the eye movements (EM) (Littel, M., van Schie, K., & van den Hout, M.,A., 2017). Researchers wanted to test Shapiro’s eye movement theory and determine if the eye movements played a role in the processing of the traumatic event or if it was simply recalling the painful memory (Littel, M., van Schie, K., & van den Hout, M.A., 2017). Research found that the eye movements during recall of the traumatic event were important in the reduction of the symptoms experienced (Littel, M., van Schie, K., & van den Hout, M,A., 2017).
In 2015, Artigas et al., (2015) developed a protocol to conduct EMDR in a group setting for children after mass trauma. The protocol was based on research after multiple mass casualty events around the world including hurricanes, earthquakes, war and fires (Artigas, Jarero, Alcala & Lopez-Cano, 2015). The protocol was developed and studied on children in groups after large man-made and natural disasters and proven beneficial in the reduction of trauma symptoms and included modifications for cultural differences (Artigas, Jarero, Alcala & Lopez-Cano, 2015). In studies like the above, all participants experienced the same traumatizing event.
The EMDR-IGTP protocol was later adapted to target adults after trauma in a group setting (Jarero & Artigas, 2015). The EMDR-IGTP for adults was developed as a guideline to provide EMDR therapy in a group setting for adult patients (Jarero & Artigas, 2015). The EMDR-IGTP for adults was adapted from the children’s version and can be used for adults experiencing the same mass trauma or for adults with a “diverse trauma history with unifying circumstances” (Jarero, 2019, p. 2). The EMDR-IGTP for adults was used in 2017 in Mexico with a group of patients with cancer experiencing PTSD beneficial in decreasing symptoms and improved the processing of trauma (Jararo, 2019).
In a similar study, EMDR-IGTP was used on adult Syrian refugees’ with PTSD and found to be beneficial in reducing symptoms (Asena,Emre, Tuba, Zeynep, Feryal, Mustafa, Canan, & Elan, 2018). The EMDR-IGTP has the potential to improve access to the beneficial therapy and reduce symptoms of PTSD which ultimately has the potential to have a positive impact on suicide rates.